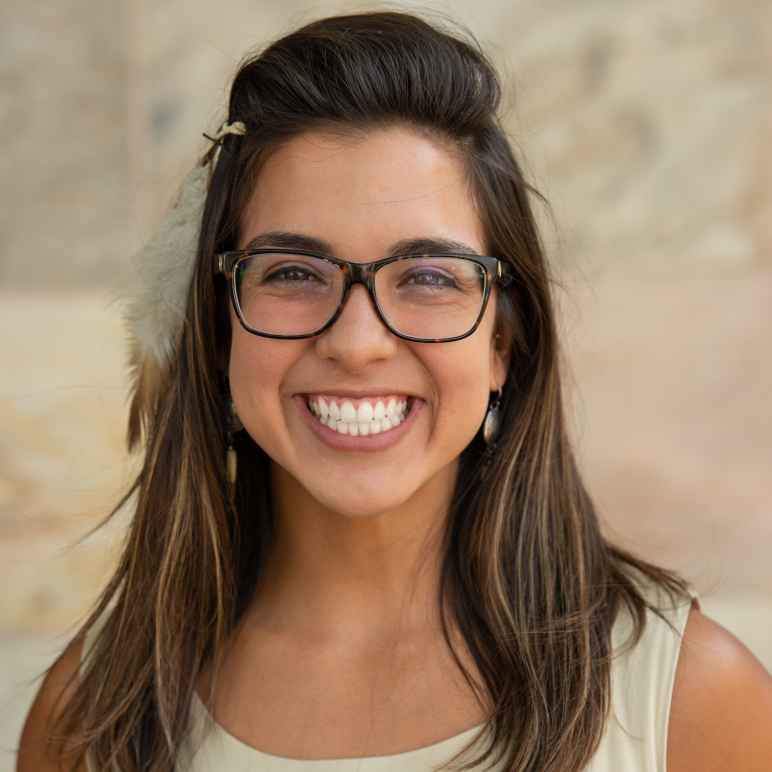 Winchaxbi Wakan Wiya Ki Um Hawi (Sacred Star Woman Who Sits by the Moon) is an enrolled member of the Sisseton-Wahpeton Oyate and traditional Assiniboine, born, raised, and educated in Montana. Her passion is combatting violence against Native American women and children through holding offenders accountable and navigating the jurisdictional maze victims and survivors are subject to. To do this, Ms. Alvernaz obtained an Indian Law Certificate and joint Master of Public Administration along with her Juris Doctor to find and fill the gaps between the marriage of law and policy left in Indian country.

Ms. Alvernaz coordinated Women in Indian Country: Indian Law Week 2017 as President of the Native American Law Student Association to educate the public on different issues that affect Indian people, like historical trauma, domestic violence, and environmental justice. Ms. Alvernaz was also the Conference Editor and wrote on Indian law issues for the Public Land and Resources Law Review. Ms. Alvernaz was the 2016-2017 Margery Hunter Brown Assistantship recipient where she researched, wrote, presented, and proposed Effective Advocacy for Addressing Domestic Violence throughout Indian Country in Montana. Ms. Alvernaz had the privilege of working as a clinical student at the Margery Hunter Brown Indian Law Clinic where she worked on exciting issues for tribes, such as the decision to implement the special domestic violence criminal jurisdiction provision of the Violence Against Women Act of 2013 reauthorization; organization and implementation of various projects for the Fort Belknap Indian Community tribal court; the design of a Tribal Justice Action Plan for the Nez Perce; and land issues with the Blackfeet Nation.

In past summers, Ms. Alvernaz was a Udall Congressional Internship recipient and interned for the Department of Justice, Office on Violence Against Women, Tribal Division. Last summer, Ms. Alvernaz interned for the United States District Court, District of Montana, Great Falls Division, under the Honorable Brian Morris. Ms. Alvernaz was also a Ms. JD fellow and wrote her advanced writing requirement on education in Indian country, entitled Indian Youth are Vital to the Sovereign Future of Tribes and Culturally Authentic Indian Law – “[A] little child shall lead them”. Ms. Alvernaz received the Outstanding Law Student Award and Fran Elge Graduation Award for her “commitment and enthusiasm working for the rights of women and the equality of humanity.”