In April of 2017, Eugene Mitchell and his wife Shayleen Meuchell were in bed with their then four-year-old daughter when a party of six bounty hunters from the Montana Civil Assistance Group broke down their front door. They charged into Mitchell and Meuchell’s bedroom with guns and rifles pointed to arrest Mitchell, who had inadvertently missed a court hearing a few days before for two misdemeanor traffic charges.

“This experience turned my life upside down,” said Mitchell. “I didn’t feel like we had another option at the time — we couldn’t afford the bond and I needed to be released to work and support my family. This incident was traumatizing. Two years later, my daughter still runs and hides whenever anyone knocks at the door. My wife is nervous to be home alone. We’re all still waiting for things to feel normal again.” 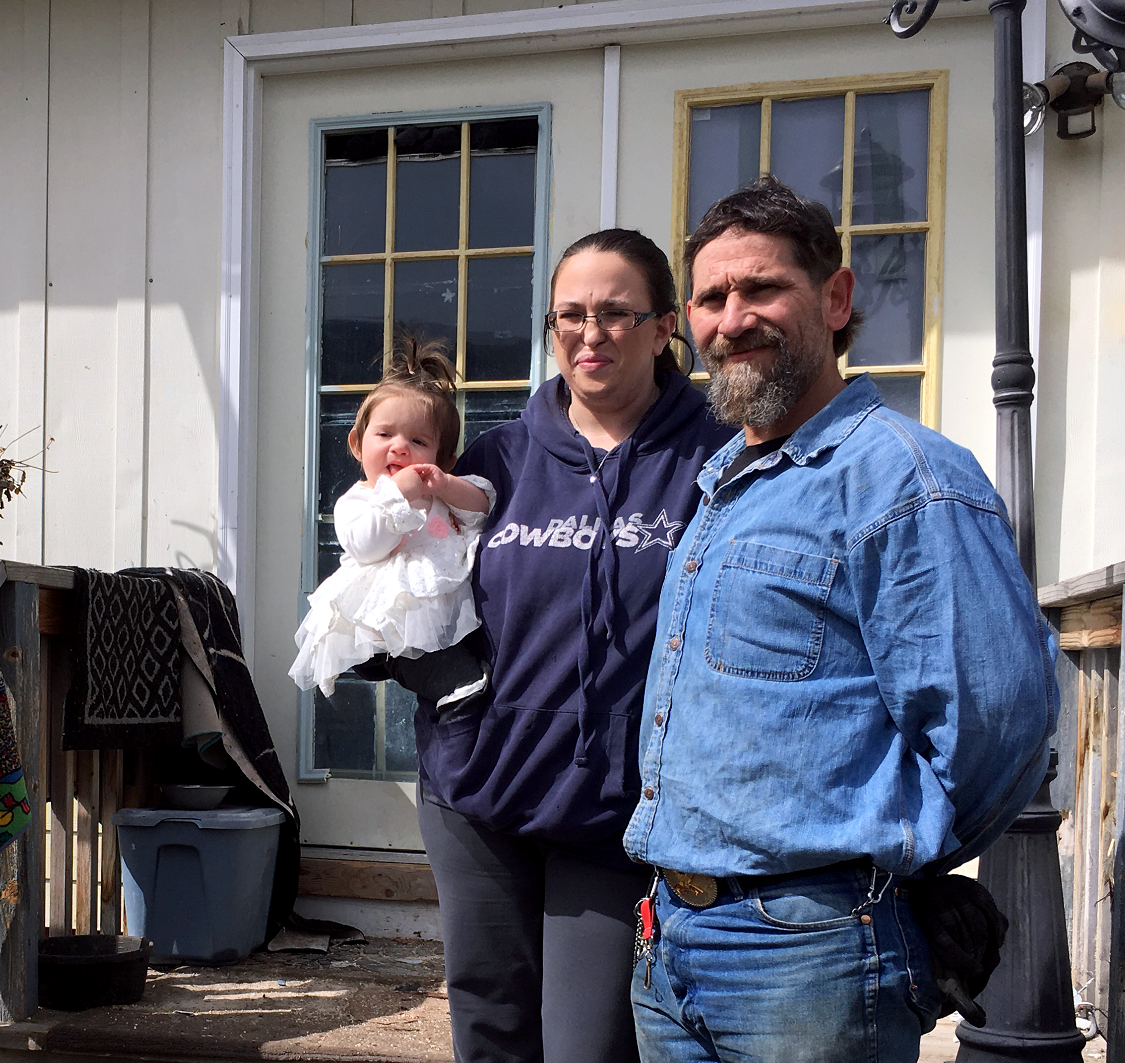 In January 2017, Mitchell was arrested related to a driving with a suspended license charge — a misdemeanor which carries a maximum penalty of $500 or six months incarceration — and failure to carry proof of insurance, which carries a maximum penalty of $350. His bail was set at $1,670. In order to secure his release and return home to his wife, two children, and work, Mitchell paid a nonrefundable fee of $228 and entered into a contract with First Call Bail and Surety Inc., its owner, Michael Ratzburg, and insurance companies Allegheny and International Fidelity Insurance Company. Mitchell was incarcerated when the contract was presented and was not given any time to read the contract. Meuchell co-signed the contract and was similarly provided mere minutes to review it before signing.

A couple of months later, Mitchell misremembered the details of a court notice and did not make it to the correct court on the day of a hearing. When he did not show up, it triggered a forfeiture of his bail bond and a warrant for his arrest. Two days later, his bondsman hired bounty hunters to look for Mr. Mitchell and arrest him. The bounty hunters staked out his family home for days before they broke in. They knocked on the door and questioned Meuchell under false pretenses when she was home alone with her children. When a friend came by the house, the bounty hunters stopped her car and held her and her teenage daughter at gunpoint while questioning about the whereabouts of Mitchell, who was at work.

The plaintiffs are bringing claims for assault, trespassing, false imprisonment, intentional and negligent infliction of emotional distress, as well as violations of the Racketeer Influenced and Corrupt Organizations Act (RICO) and the Montana Consumer Protection Act. This is ACLU’s first lawsuit against the private, for-profit bail industry.

“These bondsman and bounty hunters took the law into their own hands, inducing terror and trauma on this family,” said Alex Rate, legal director of the ACLU Montana. “To break into someone’s house and hold him and his family at gunpoint is an absurd and dangerous overreaction for a missed court date related to a traffic violation. When these bounty hunters brought Mr. Mitchell into jail, they didn’t even have a proper warrant for his arrest. This type of vigilantism is disturbing and deeply damaging.”

Mitchell’s case is indicative of a much larger problem in this country: a for-profit bail industry that preys on the most vulnerable people. Across the U.S. today, roughly 440,000 people — 70 percent of people incarcerated in jail at any given time — are there pre-trial, often because they can’t afford to pay a bail requirement set for their freedom. The Federal Reserve has found that nearly half of Americans would be unable to pay for an unexpected expense of $400, but the national median bail for a felony arrest is $11,700.

“It’s easy to look at the bounty hunters who charged into Mr. Mitchell’s home as the villains of the story,” said Andrea Woods, staff attorney at the ACLU’s Criminal Law Reform Project. “But the insurance companies are making billion dollar profits off this predatory behavior. They’re the ones who fund the lobbyists to enact laws that enable this to continue unfettered. They must be held accountable.”

The use of for-profit bail for release from jail has skyrocketed over the last 30 years. In 1990, just 24 percent of felony cases required payment for freedom. In 2009, that number had almost doubled to 42 percent. This growth is largely driven by the insurers, who have worked with lobbyists like American Bail Coalition (ABC) and American Legislative Exchange Council (ALEC) to promote and pass at least 12 different model bills to insulate and expand for-profit bail’s role. The United States and Philippines are the only two nations in the world that permit for-profit bail.