John Isaiah Pepion, is a Plains Indian graphic artist from the Piikani Band of the Blackfoot Confederacy. He is based out of the Blackfeet reservation in north-central Montana, where the Rocky Mountains meet the plains. He is best known for his ledger art, which is an art tradition that developed in Plains tribes.

"As the buffalo hide, we traditionally used for painting became scarce, Plains people were forced to adapt by making artwork on ledger paper from accounting books. I come from a family of artists, and ledger art has been in my family for hundreds of years." 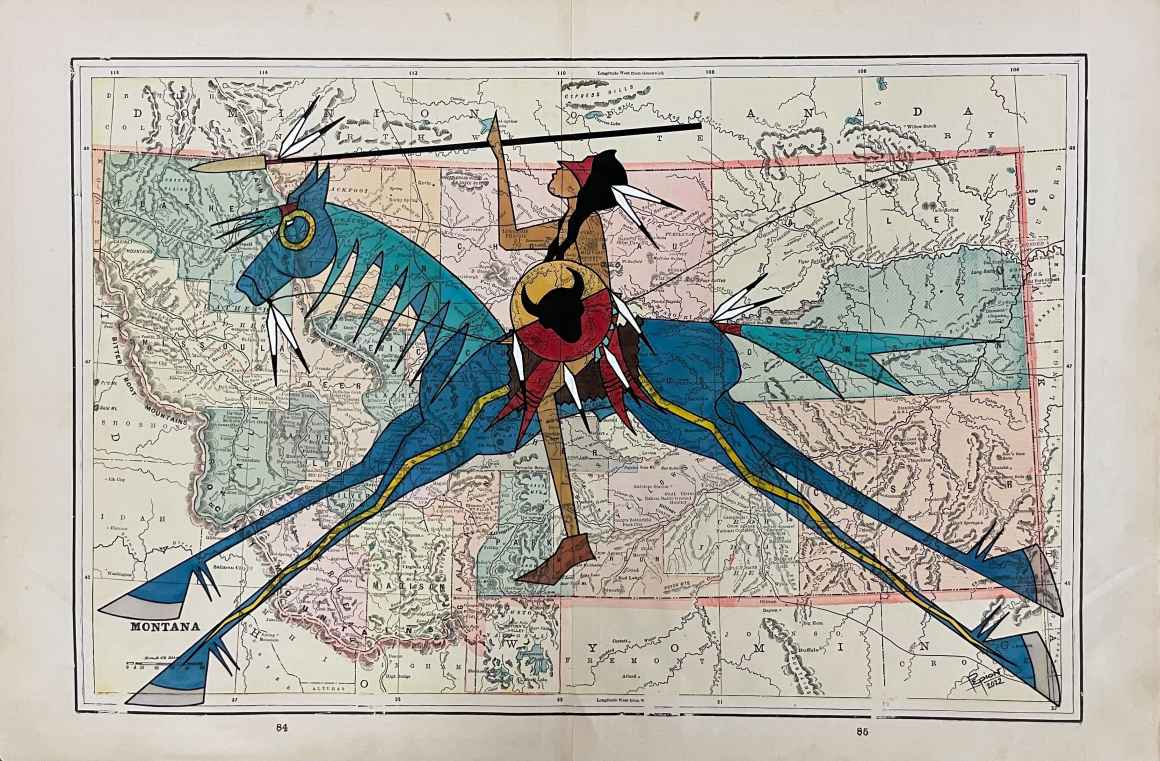 Riding Into The Future, by John Isaiah Pepion was created for the 50th Anniversary Celebration of the ACLU of Montana.