Our three honorees this year courageously stood up for their own rights when the system failed them – even as they struggled to get their lives back on track – and have shared their story in an effort to protect others. The energy was palpable in the room as three courageous women took frightening experiences in which their rights were violated and turned them around to make positive change. The audience members listened in appreciation and awe. 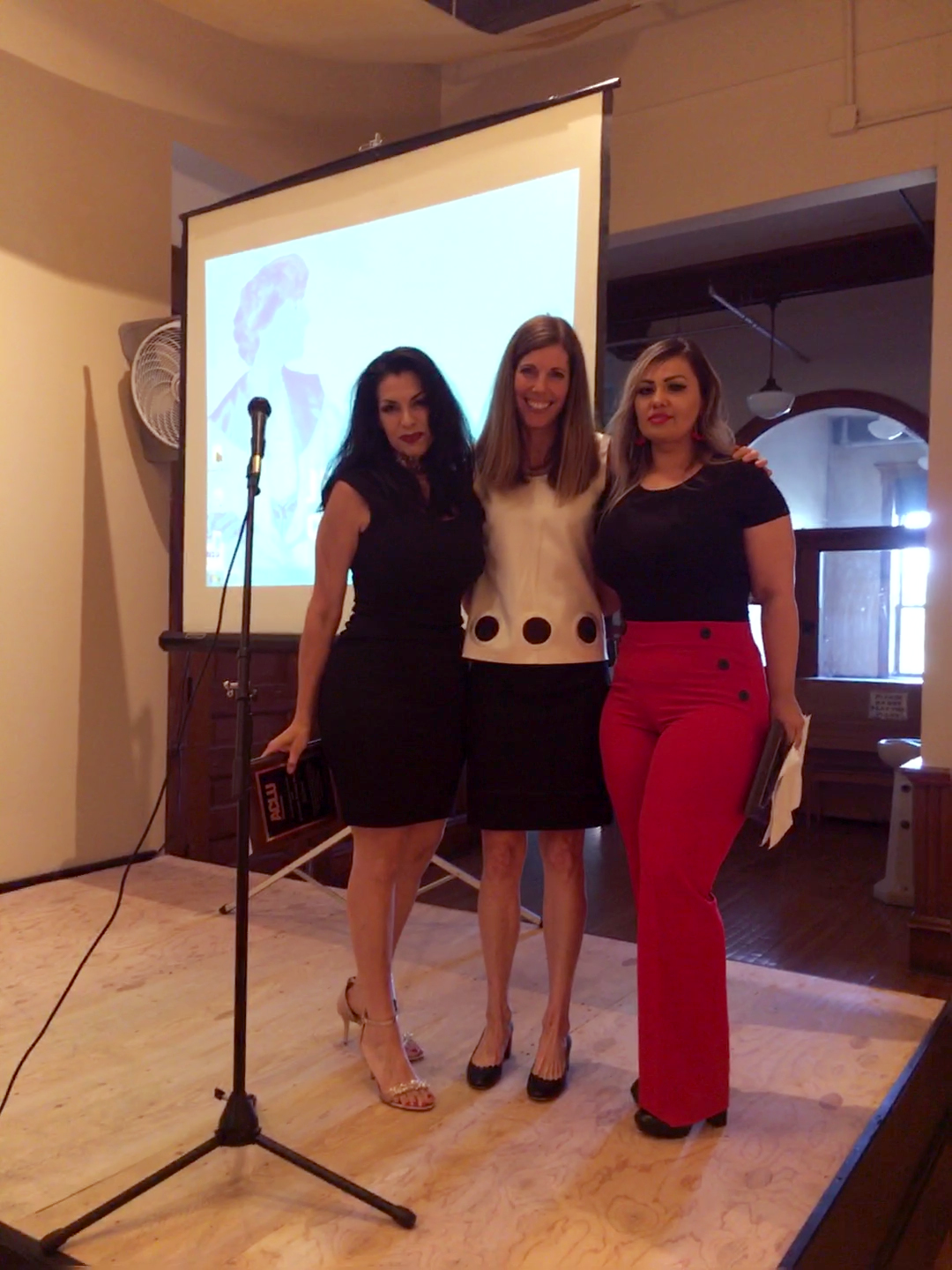 Ana Suda and Mimi Hernandez took their case to the ACLU when they were unlawfully detained for speaking Spanish. They refused to accept an out-of-control and anti-immigrant Customs and Border Protections agency as a part of life. And they spoke out, even as they and their families were harassed and criticized, because they want to put an end to a practice that is sadly commonplace in our state and around the country. 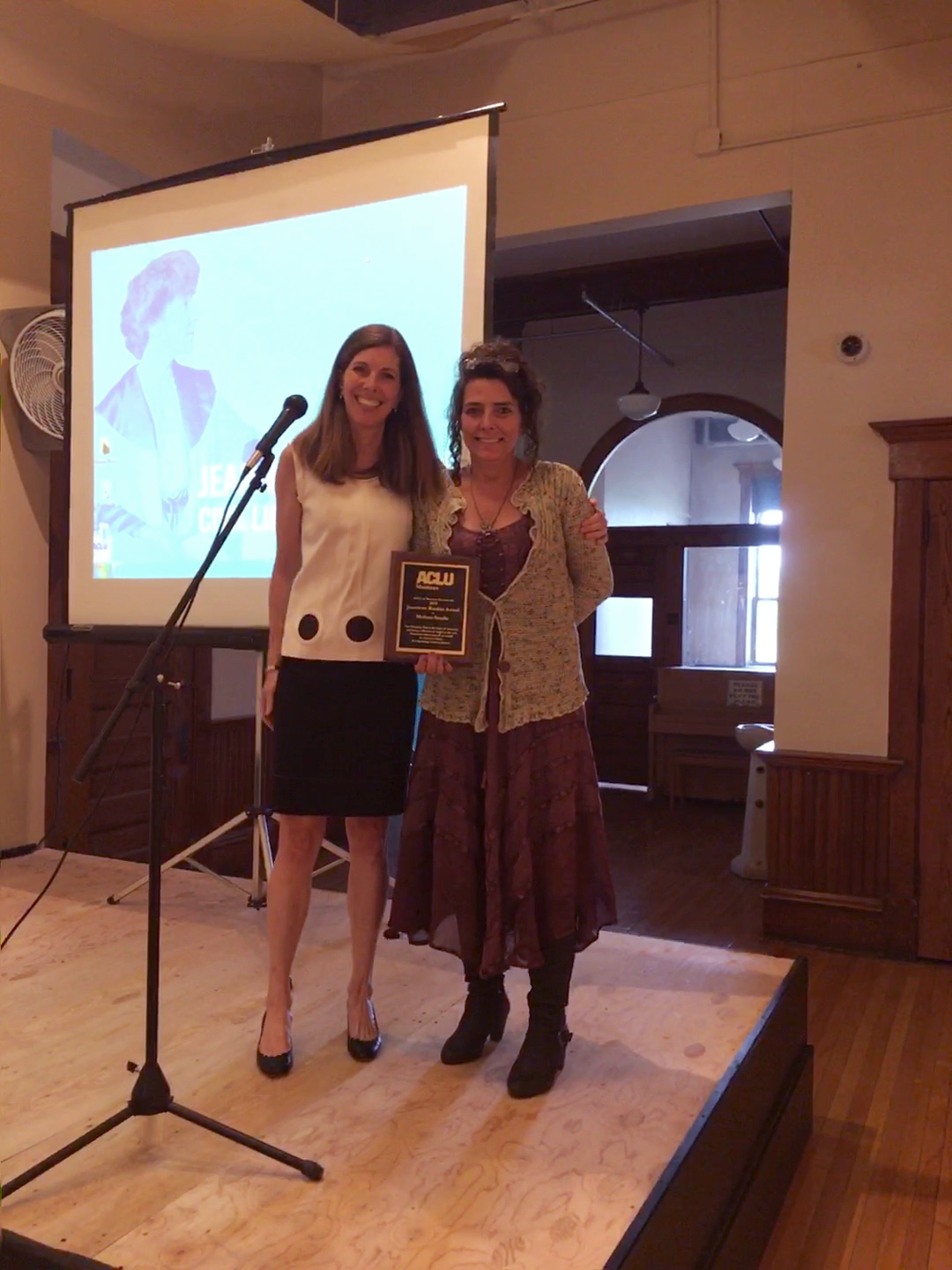 Against all odds, Melissa Smylie was able to break free from Montana’s broken and counterproductive probation system. She faced incredible hardship and unfair treatment, but advocated for herself and ultimately surmounted the irrational and heartless barriers placed in her way. Now, she is sharing her story as part of her work to make the system better for others. 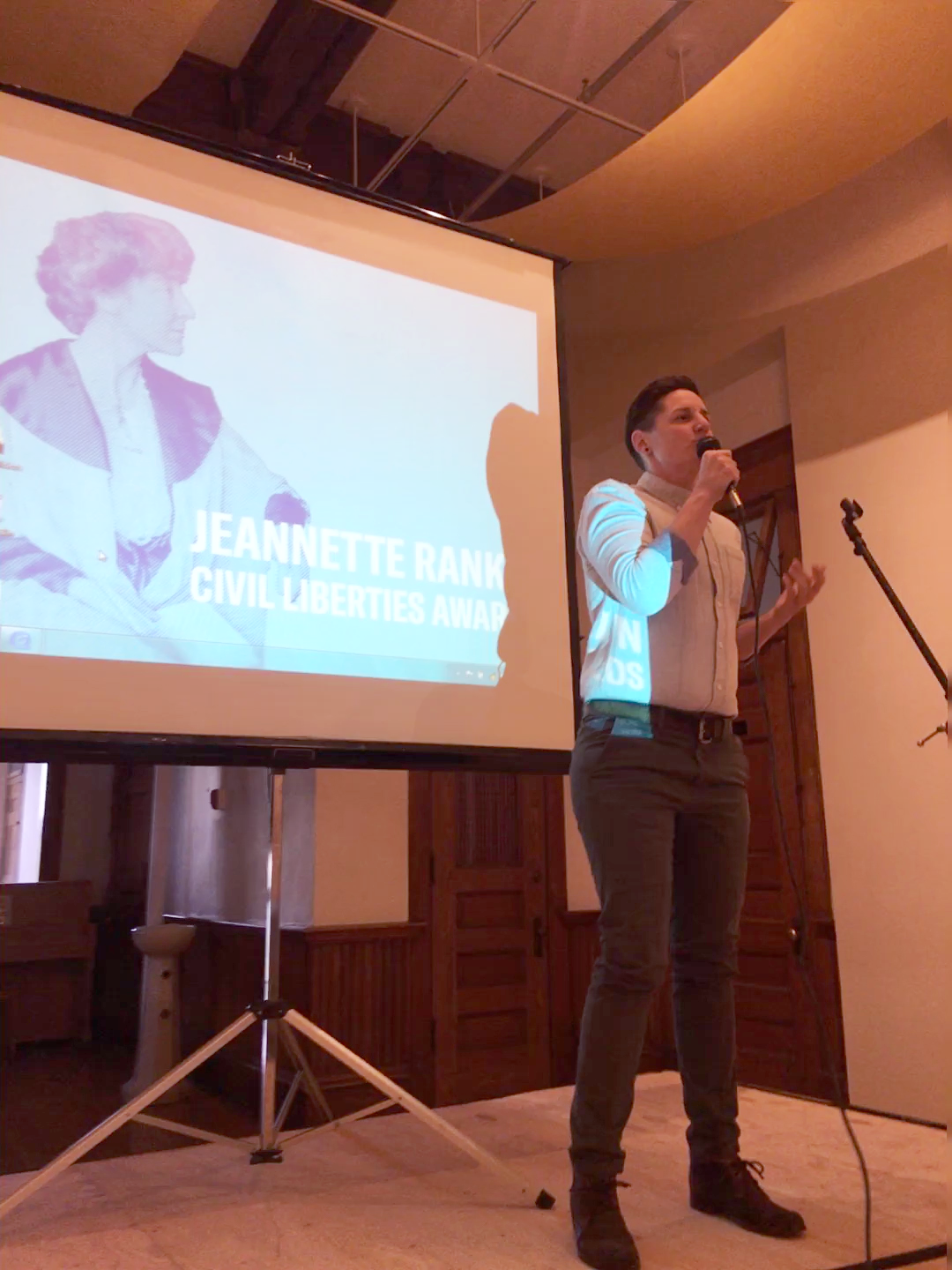 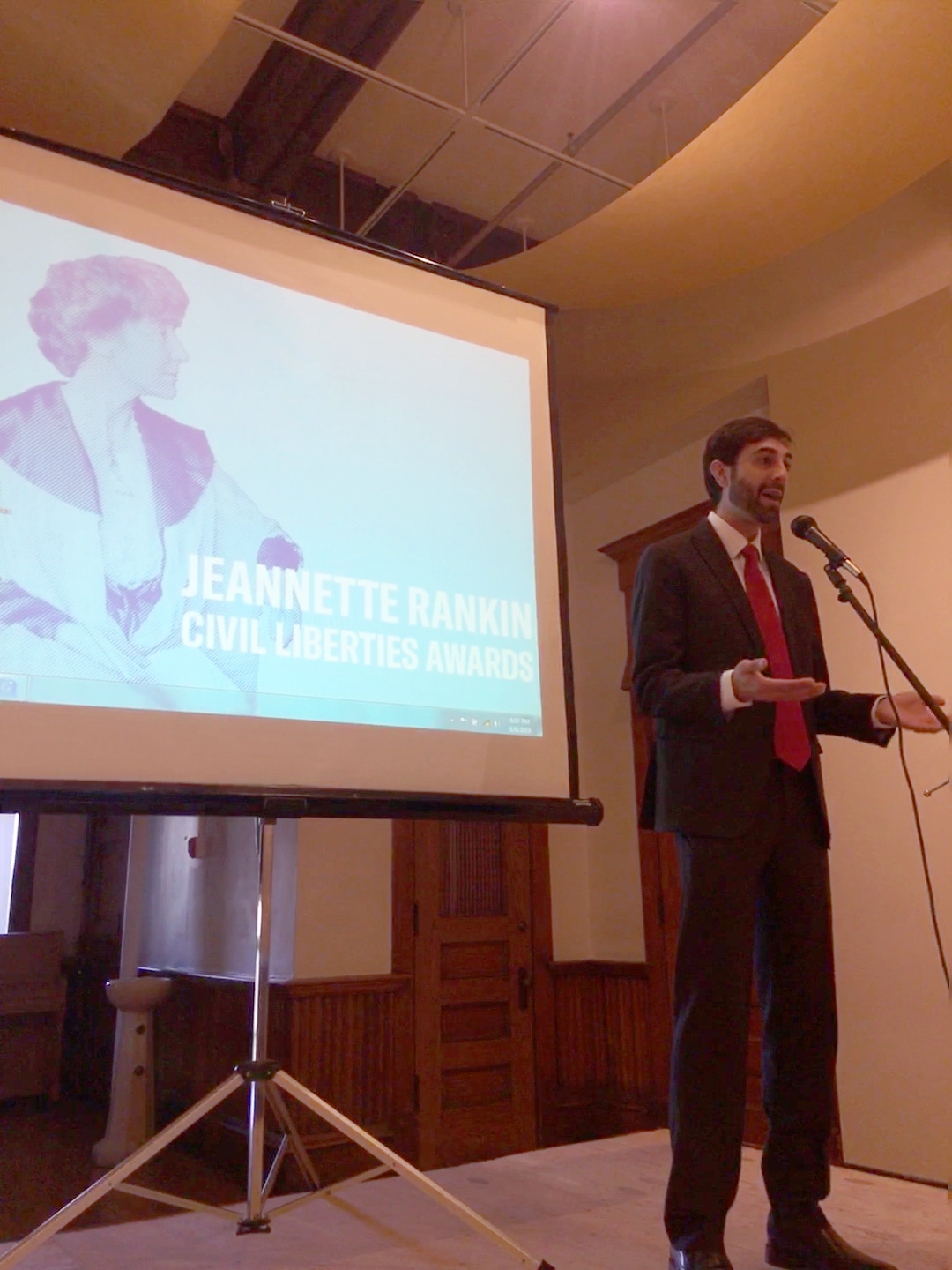 Thank you to all who attended and congrats to this year's awardees!