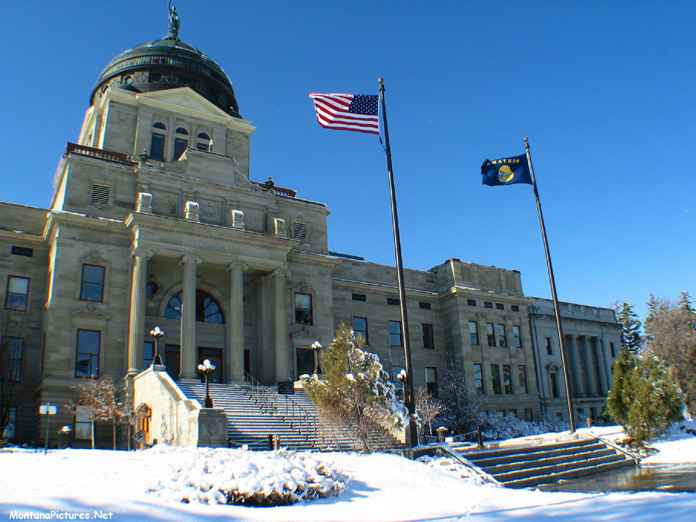 The Montana State Legislature convenes for 90 days in January each odd-numbered year. The legislature consists of a House of Representatives and a Senate. Each bill that becomes law must be approved by both chambers.
The ACLU of Montana works year-round to protect the constitutional rights and civil liberties of all Montanans, including members of the 13 Native American tribes within the state.  During the legislative session, we collaborate with ACLU supporters, other organizations, impacted communities, and lawmakers to draft bills, lobby legislators, testify in support of bills, seek support from other groups, draft fact sheets, and conduct outreach to the media. We also work hard to defeat bills that infringe on our freedom or threaten the civil rights and liberties of Montanans.

The Montana Legislature is made up of 50 senate seats and 100 house seats. Each senator represents approximately 20,000 Montanans and each representative represents about 10,000 Montanans. The legislature meets in the state capital of Helena for no longer than 90 days in each odd-numbered year.

In 2017, the ACLU of Montana worked to protect the constitutional rights and civil liberties of all Montanans, including members of the 13 Native American tribes within the state.
December 28, 2017