In January 2017, after traveling nearly 90 miles to cheer on their children, Brandy and Elsworth GoesAhead, Whitney Holds, and Emerine Whiteplume — known as the Pryor Four — were denied entrance to the Reed Point gymnasium by Athletic Director Teresa Bare. Waiting outside the school in cold winter weather, the Pryor Four knocked on the door seeking entrance.  Ms. Bare opened the door for another individual and announced, “we don’t have any workers yet, so we are only letting white people in.” Read more about their lawsuit. 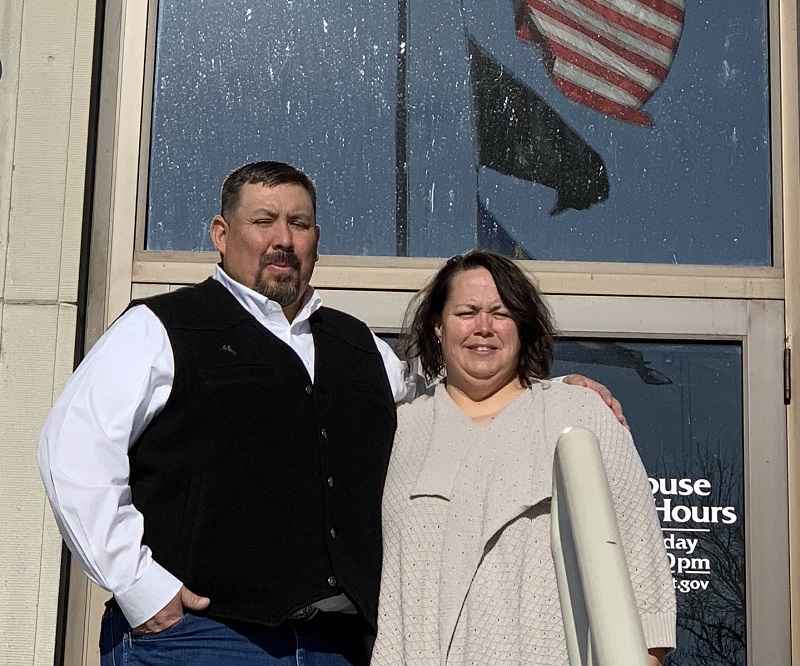 Brandy and Elsworth (Blackfeet/Eastern Cherokee & Apsáalooke) have a son who attends the Plenty Coups High school, where he plays basketball.  Elsworth served as a Combat Engineer in the U.S. Marine Corps.  They currently live and work in Billings, and provide transportation for their son to attend high school in Pryor.
“As a Native American, I’ve lived with discrimination my whole life. No matter how often it happens, it always hurts, it’s always humiliating, and it’s never okay.  We filed this lawsuit because we want justice, and because we want our children, our communities, and all other Montanans to know that we won’t let racism persist.”  Elsworth GoesAhead 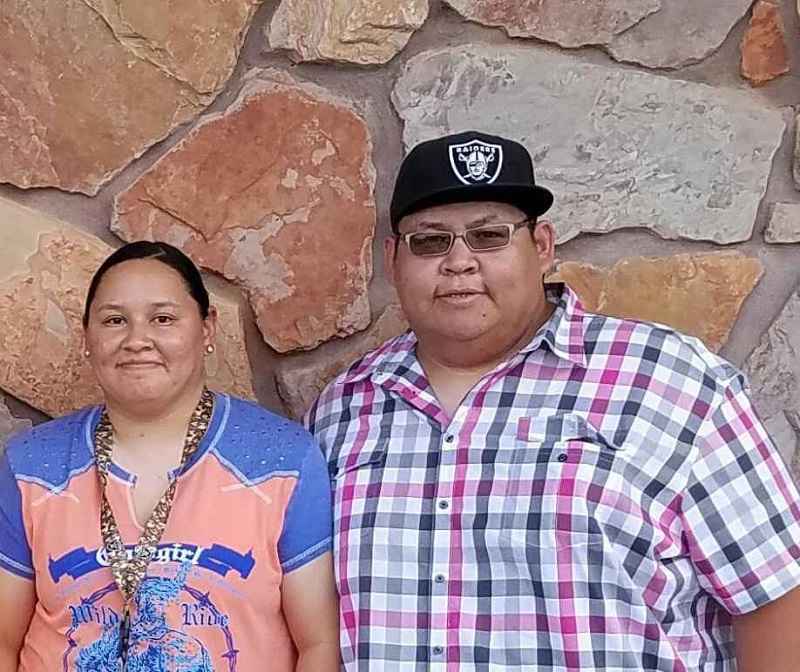 Whitney (Apsáalooke) and Emerine (Arapaho/Apsáalooke) live in Pryor, where their children attend school.  Emerine is a homemaker.  Whitney works for Pryor Senior Citizens and distributes Meals on Wheels for the Elders of Pryor and the surrounding communities.
"It is hard to be discriminated against, but we can't be afraid to let people know what's going on.  We are doing this for each other - that's how as a people we become stronger and more united.  People need to know their rights when it comes to discrimination. I hope that by learning about our lawsuit, more people will stand up against racism and discrimination." Whitney Holds

Read more about the Pryor Four in their own words.

We Need Accountability for Those Who Commit Violence Against Native...