I started my military career two years after President Obama made the long overdue decision to repeal the military’s Don’t Ask Don’t Tell Policy in 2010.

In Commissioned Officer and Judge Advocate training, I stood alongside gay peers serving openly for the first time in United States history.

Kicking Don’t Ask, Don’t Tell to the curb didn’t hurt the military – it made it a hell of a lot better.

Some of the sharpest Judge Advocates I trained and served with were gay.  I worked alongside top-notch First Sergeants who were gay.  I served under a Commander in Afghanistan who was gay.

The transition from forcing gay service members to hide their identity to an entirely inclusive/open/transparent environment went incredibly smoothly. It was unbelievable to look at a hard copy of the yet-to-be-updated Manual for Courts Martial and be reminded that just a few short years ago, those peers could be prosecuted just for being who they were.

It was long overdue, but the change happened – and it went off without a hitch.

Fast forward four years:  Progress continued right through to the conclusion of my military service this summer, when one of the final trainings I sat through as an officer was transgender awareness training.

The training was professional, succinct, and well-organized – the product of thoughtful research and planning.

In my final days of active duty service, I realized the military was actually out front – laying progressive groundwork for other sectors of society to follow.

I couldn’t have been more proud to be a part of it.

But that feeling came crashing down this July, in just one Tweet:

“After consultation with my Generals and military experts, please be advised that the United States Government will not accept or allow Transgender individuals to serve in any capacity in the U.S. Military.  Our military must be focused on decisive and overwhelming victory and cannot be burdened with the tremendous medical costs and disruption that transgender in the military would entail."

Shaking, I re-read President Trump’s Tweet, and in that moment, I was transported to my life one year before.

I remembered how I felt when I stepped into the TSA line at the Atlanta Airport embarking upon a six-month Afghanistan deployment.  I remembered my spouse holding our 6-month-old baby girl, and my naïve, cheesy little two-year old boy standing at her side at the terminal with a beaming smile shouting and waving “Bye, bye daddy!” over, and over, and over again.

It was the lowest moment of my life.

Afghanistan deployment was hard, but tolerable – and a big reason it was tolerable was I never doubted my support down range or back home – from my family, my friends, my peers, my co-workers, my leadership, and my country.

The support is what made the misery tolerable – which is why I started shaking when I read the president’s Tweet two weeks ago.

I simply could not imagine sitting in my Afghanistan dorm room, alone in a combat zone, half a world away from everyone I love, checking my Twitter feed, and reading that I have been banned from the military.

No justification given, no citation of what I did wrong – just banned, by my Commander-in-Chief.

But that’s exactly what thousands of my brothers and sisters in the service went through one morning last month.

What exactly their future holds, we don’t know.

But here’s the thing about LGBTQ military members:  For decades, they’ve been disparaged, they’ve been forced in the closet, and they’ve been prosecuted, but none of that stopped them.

Just think about that for a moment.  The organization they serve has been openly hostile toward them – and they serve anyway.

Talk about commitment to country, to the Constitution.

To everyone I trained with, worked with, and deployed with, know it was an absolute honor serving with each and every one of you.

Please know that I support ALL of you.

Josh Nichols is a former active-duty Judge Advocate in the United States Air Force and Afghanistan veteran who now resides with his wife and two young children in Missoula, MT. 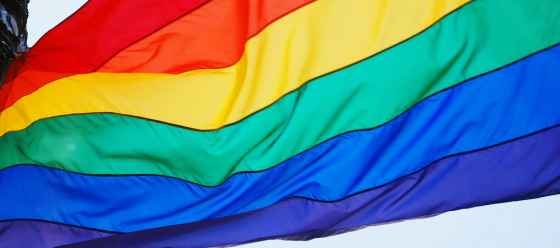 LGBTQ High School Students - What to Do if You Face Harassment at...

Reasons Why I-183 is Unconstitutional