Nicholas Platz: Dragging People Back In

In September 2012, Nicholas Platz was sentenced to five years of probation with the Montana Department of Corrections. He and his wife, Jessica, were looking forward to September 2017 when they could start over.

While serving his probation sentence, in 2014 Nic started an LLC working as a mechanic and buying and selling cars. On Fourth of July weekend 2017 -- just two months before he would finally be free, Nic got into a confrontation where he was charged with disorderly conduct. The charge was dropped.

Even though the charge was dropped, Nic was put on Intense Supervision Probation (ISP) –which requires more surveillance. Instead of being able to get his life back together, the system turned one sentence into a harsher one.

On ISP, for some inexplicable reason, Nic was not able to keep his shop. “Nic complied and became legally employed under another mechanic, from which he received a paycheck every two weeks,” Jessica said. “He took a huge cut in pay working for someone else, but nonetheless he complied.”  On more than one occasion, ISP officers came to the shop where Nic worked , confiscated his cell phone without explanation, yelled and cursed in his face, and made him sit on the ground while they did so. At one point, they threatened to revoke his probation due to him “being off schedule” from a trip to the automotive parts store, despite his boss validating that it was a work-related trip. “It seemed arbitrary, overly punitive, and not helpful,” Jessica said.

Nic also struggled to get housing that was allowed under the seemingly arbitrary requirements of ISP. Jessica had rented a $750/month apartment for their family to live in upon Nic’s release. But according to her, ISP officers refused to dispatch someone to approve the apartment in time for him to stay there the first night. Instead, he was told he had to stay at the local homeless shelter, and finally was granted permission to sleep in a camper at his grandmother’s property.

“For three weeks, they refused to come look at the apartment, and when they finally did, they told Nic that he could not live there as I was the only person on the lease,” she said.

Jessica got the landlord to put Nic’s name on the lease and still they couldn’t get anyone in parole to approve the request.

“For seven weeks, we slept in a camper with our dog and 6 year-old daughter while our apartment that we were paying for sat vacant,” she said.

“Nic did not violate the terms of his probation, yet was constantly harassed and made to worry he was going to go back to jail,” Jessica said.

At one point they seized his phone and saw a text message to Jessica in which he used violent language in reference to his probation officer. Even though it was a private text message to his wife, Nik was charged with threatening the live of a peace officer. He was incarcerated again.

After Nic was incarcerated for the second time, Jessica and their daughter moved in with Jessica’s parents in Missoula in order to stay afloat while she finished nursing school.

“I've had to sell a lot of our things to survive,” she said.

For a reason unknown to Jessica, when Nic arrived at the Montana State Prison, he was told he’d need intense inpatient treatment despite never having drug or alcohol violations.

In December 2017, Nic went before the parole board. His ISP officer told Nic she would take him back on if he agreed to complete anger management. She also said he should give up his shop and business entirely, though he wasn't working there at the time. Nic declined saying he would lose much needed income in the future and furthermore he had lost faith that he would get fair treatment even if he complied. The hearings officer stated that he didn’t know what to do with Nic. He had not been charged with anything drug related, so they couldn't send him to treatment. And because he had an established job, it didn't make sense to send him to prerelease. "This is what they told us,” Jessica said. “They had nowhere else to send him except prison.”

Nic was approved for parole on March 2, 2018.  Leading up to his release, Missoula Probation and Parole had denied Nic’s request for supervision; he would not be able to return there even though Jessica and their daughter were going to school there. They stated “officer safety concerns” because of the text message as their reason for denial, even though his probation officer had previously said she'd take him back if he got rid of his mechanic business. 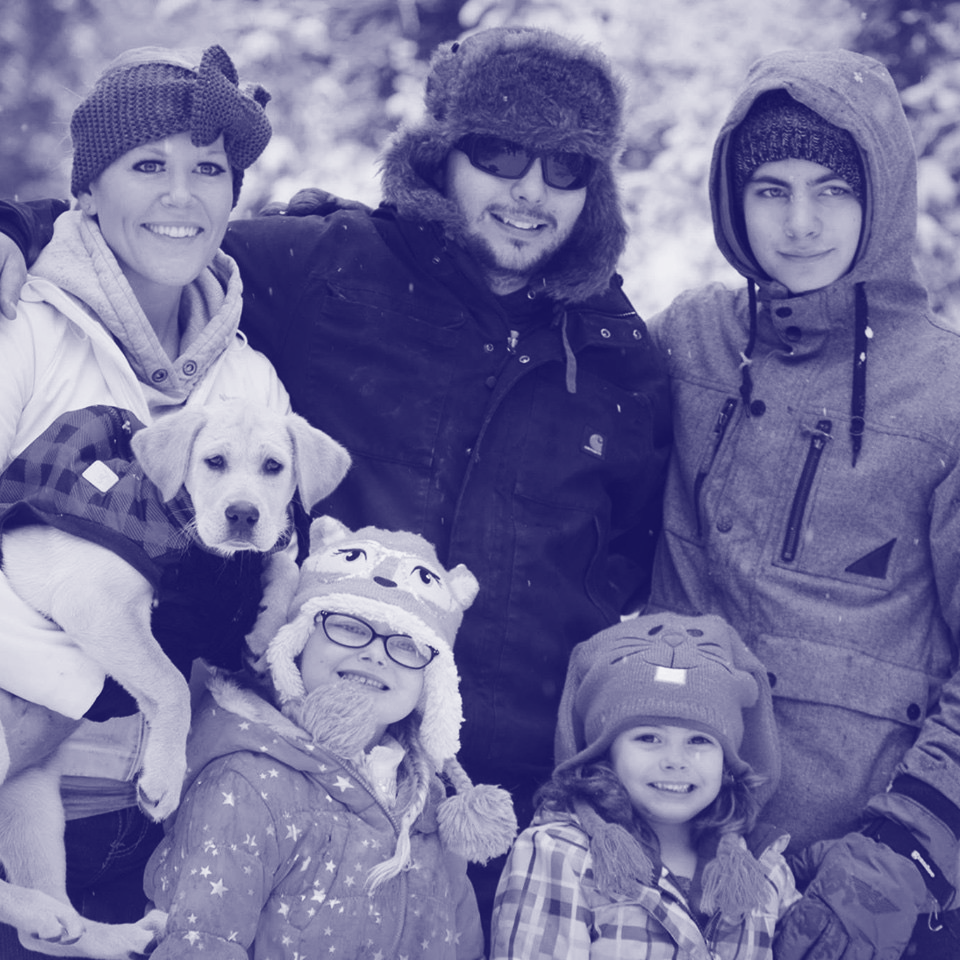 “I spent two days on the phone with probation officers in neighboring counties trying to assess our options. We don’t know anyone in another county that could offer him a place to live temporarily, and with our daughter and myself being in school, leaving would be a huge deal for us.”

Jessica spoke with ISP officers in Butte and was told that if he established an address there, they could take him on. So, she rented an apartment two months before his release in March and got him approved.

Jessica said since then Nic has been working for Harley-Davidson in Butte and thriving. It's hard for the family because she has to commute to visit him on the weekends. They found a bigger house on the flats in June and spent the summer with him.

“Butte probation and parole has been night and day from Missoula's office,” Jessica said. “He has to schedule activities and follow the schedule, but they don't mess with him unnecessarily. Unlike in Missoula, they gave him permission to do mechanic work on the side and make extra money from that. As long as he was where he was supposed to be when he was supposed to be, they said it would be okay. And it has been.”

Jessica still has two more semesters in Missoula, but things are going well even though she has to travel back and forth to see Nic. She says that fact that there was no consistency in how rules were made or applied, is part of the reason it has taken this long to get Nic in a place where he can be more successful.

“The system should be designed to help people and rehabilitate people and guide,” Jessica said. “It’s been mind-blowing watching things play out. This system should be about getting people on their feet and giving them the tools to do better instead of being dragged back into it over and over again.”

Probation and Parole Stories: Too Many People Are Set Up to Fail