The pace of bill hearings has picked up significantly and will continue through this week as the Legislature approaches the transmittal deadline for general bills on February 27. Check Facebook and our website for more updates during the week. 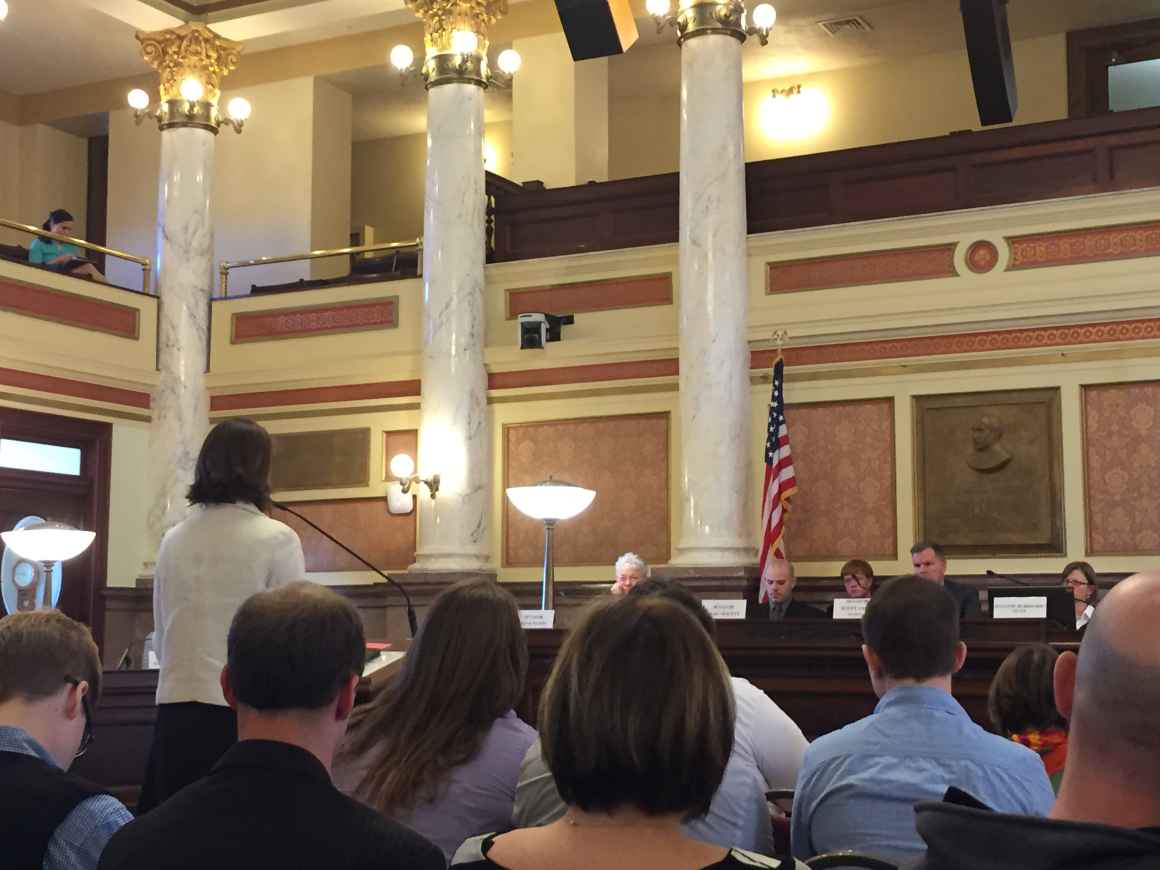 HBs 344 and 345 were passed by the committee and will be heard on the House Floor this week.

We opposed HB 37 by Rep. Monforton (R - Bozeman), which was heard in the Senate Judiciary Committee on Tuesday morning. This bill would change our rules of evidence so that prosecutors could now introduce evidence of prior acts in an attempt to prove a defendant's guilt in certain sexual and domestic violence cases. The bill was tabled in committee.

Two committees heard bills on each side of the right to die debate on Tuesday morning. We opposed HB 328 by Rep. Tschida (R - Missoula), which would undo the protections in the Baxter decision and would allow doctors to be prosecuted for homicide if they offer aid in dying to a patient. We supported SB 202 by Sen. Dick Barrett (D - Missoula), which would provide a framework of regulations and protections for physician aid in dying. The House Judiciary Committee passed HB 328, while SB 202 failed on a tie 6-6 vote in the Senate Judiciary Committee. You can video of the anti-aid in dying bill hearing here and the pro-aid in dying bill hearing here.

We supported SB 224 by Senator Wolken (D – Missoula). This bill will create a commission to comprehensively review sentencing laws and practices and to make recommendations to the next legislature. We were joined by the Department of Corrections, the Department of Justice, the Office of Public Defender, the court administrator, county attorneys, Disability Rights Montana, NAMI-Montana, and Montana Coalition Against Domestic and Sexual Violence, among others. You can listen to audio of the hearing here.

We supported HB 195 by Rep. McConnell (D – Missoula) to make it easier for prosecutors to enter into pre-trial diversion agreements with defendants. The bill was passed by the Senate Judiciary Committee and will be heard on the Senate Floor this week.

We also supported HB 412 by Rep. Zolnikov on Friday morning in House Judiciary. This bill provides that minors may not be charged or prosecuted for “minor in possession” if the minor seeks medical care for him or herself or another. More than 20 other states have adopted similar “Good Samaritan” laws that encourage people to seek medical care for themselves and others without fear of prosecution for drug or alcohol possession.

We also support HB 43 by Rep. MacDonald (D – Billings) to allow the Governor greater latitude to consider clemency requests (like Barry Beach’s). The bill was heard by the Senate Judiciary Committee at the same time as the death penalty repeal bill.

We support HB 456 by Rep. Peppers to add PTSD to the list of qualifying conditions for which a patient may use medical marijuana to treat. The House Human Services Committee will hear this bill on Monday afternoon.

The House Judiciary Committee will hear HB 463 by Rep. McCarthy (D – Billings) on Tuesday morning. We support this bill to revise our civil asset forfeiture laws.

On Wednesday morning, the House Judiciary Committee will bear HB 477 by Rep. Gerald Bennett (R – Libby). We oppose this bill to criminalize physician aid in dying.

Also on Wednesday morning, the Senate Judiciary Committee will hear SB 316 by Senator Webb (R – Billings). We support this bill to provide greater protections before a person is transferred from the Montana State Hospital to a Department of Corrections facility. This bill was introduced at the request of Disability Rights Montana in response to situations at issue in the current litigation by our organizations.

The Senate Judiciary Committee will also hear HB 207 by Rep. Zolnikov (R – Billings). We support this bill to protect media source information from warrantless law enforcement searches. The bill updates our current media shield law to clarify that data held by a third party – such as emails held on a server – is protected.

Rep. Zolnikov has three more pro-privacy bills up for hearing on Thursday morning in House Judiciary Committee. We support HB 443, HB 444, and HB 445, which will provide greater protection from warrantless searches for electronic communications, such as email, and other data stored on electronic devices.

On Friday morning, the House Judiciary Committee will hear HB 497 by Rep. Bryce Bennett (D – Missoula) to provide protection from prosecution for drug and alcohol possession for people who are seeking medical care for themselves or others. Like HB 412 above, this bill would encourage people to get medical care when needed by removing the threat of prosecution under certain circumstances.

And finally, we oppose HB 433 by Rep. Berglee (R - Joliet), which will be heard Friday afternoon in the House Education Committee. This bill would provide tax credits for private school tuition, including tuition paid to sectarian schools. We oppose diverting tax dollars to indirectly subsidize sectarian schools.

All bills we are watching this week:
Monday

The State of Montana v. Mefford