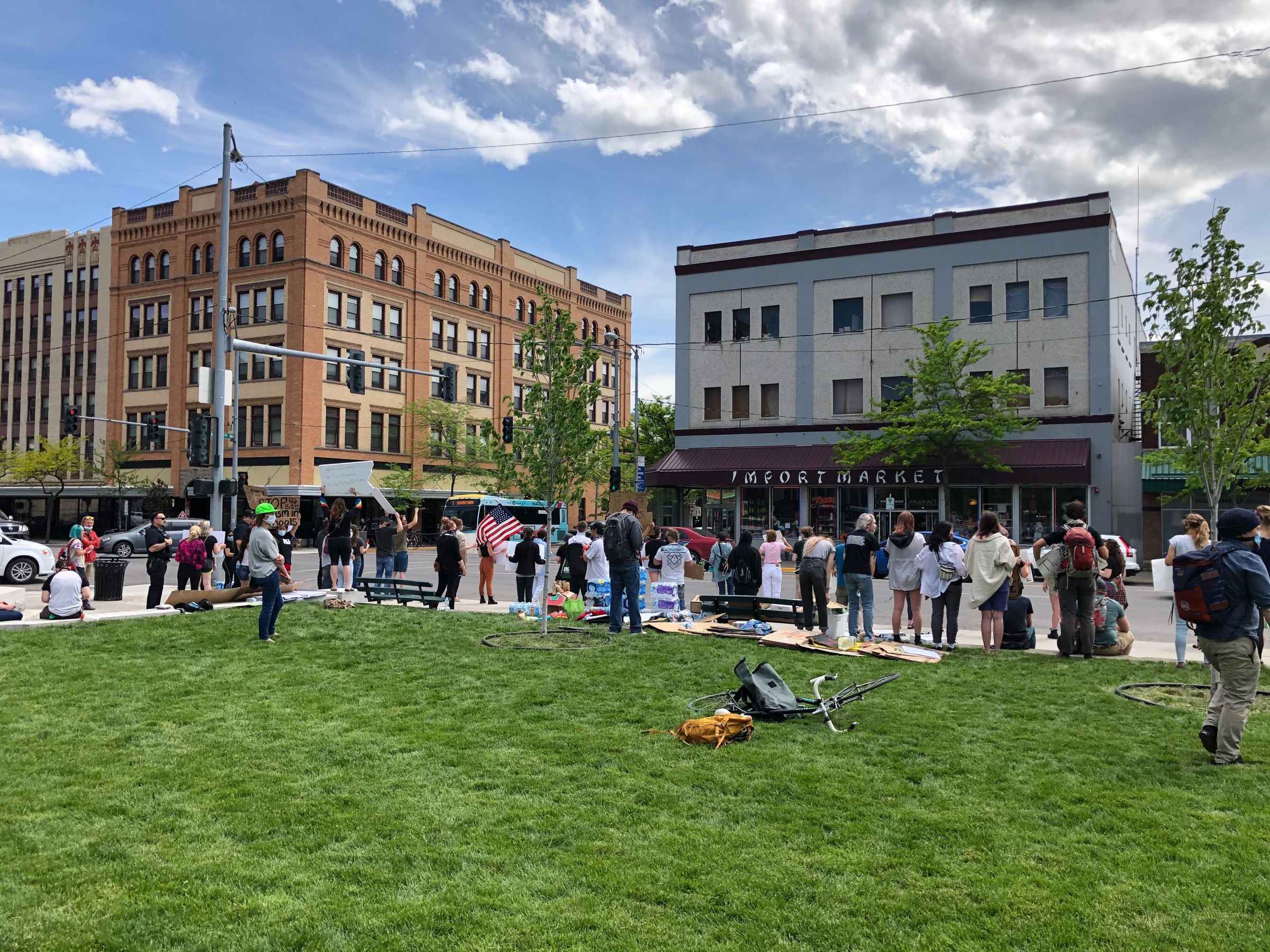 ***UPDATE: A Missoulian article from June 12 includes some of the young man's experience, addressing the June 6th story that did not include the harrassment and fear that this young man endured when being chased down by armed people and handcuffed by police.***

“Police have a duty to protect the right of people to protest. At the Missoula protest for Black Lives on June 5, the police failed in that duty. Seemingly taking the law into their own hands, armed men chased down and detained a Black protester and held him until police arrived.

In Missoula, at a protest for Black lives, a young Black person was not safe from harassment and harm. Where were the police to protect him? Did the police question or detain the armed men for their actions?

The Missoulian published an inaccurate account of the incident in their paper on June 6. This is part of the problem.

Below is this young man’s account in his own words. For safety reasons, the individual has chosen to remain anonymous. Read on:

“On Friday I attended the BLM Missoula protest at the courthouse. A militia group noticed my face was covered, decided that I was suspicious and began to follow me. When I was at the protest, I took a video of them talking about the mask I was wearing and I felt threatened. Two people at the protest checked in with me to make sure that I was ok. I told them that I felt like I needed to get out of there because I felt threatened.

I biked off as the militia group began to follow me. They were following me on foot and in trucks. I turned around thinking I lost them and I was cornered in the street, so I moved towards an alleyway adjacent to the court house. I said hi to an armed guy who was waiting there for me and he signaled to his group. Then I was circled by the militia who were all armed with firearms.

They knocked me off my bike hard enough for my phone to fall while I was recording them and “detained” me. The militia refused to let me go unless I showed my identity. But, I refused to show them my identity because I felt like this is what happened to Ahmaud Arbery and I was afraid they were going to kill me.

Thankfully I am still alive to tell you about this. They told me they were a protective group fighting off bad guys, but I was a protestor so I didn’t understand why they were chasing me. I still refused to show my face so they could take a picture because I was afraid for my life. They could see my hands and knew I was African American, but they wanted to see my face and take a picture of me. When I refused to show my face they didn’t like that so they moved in on me. I waited for a gap in the gang and took off running as fast as I could. I made it onto the court house yard while they chased after me. I was tripped and fell to the ground and they piled on top of me. One of them said, “Put your hands behind your back or we’re breaking your fucking fingers”. Law enforcement showed up, got them off of me and put me in handcuffs. 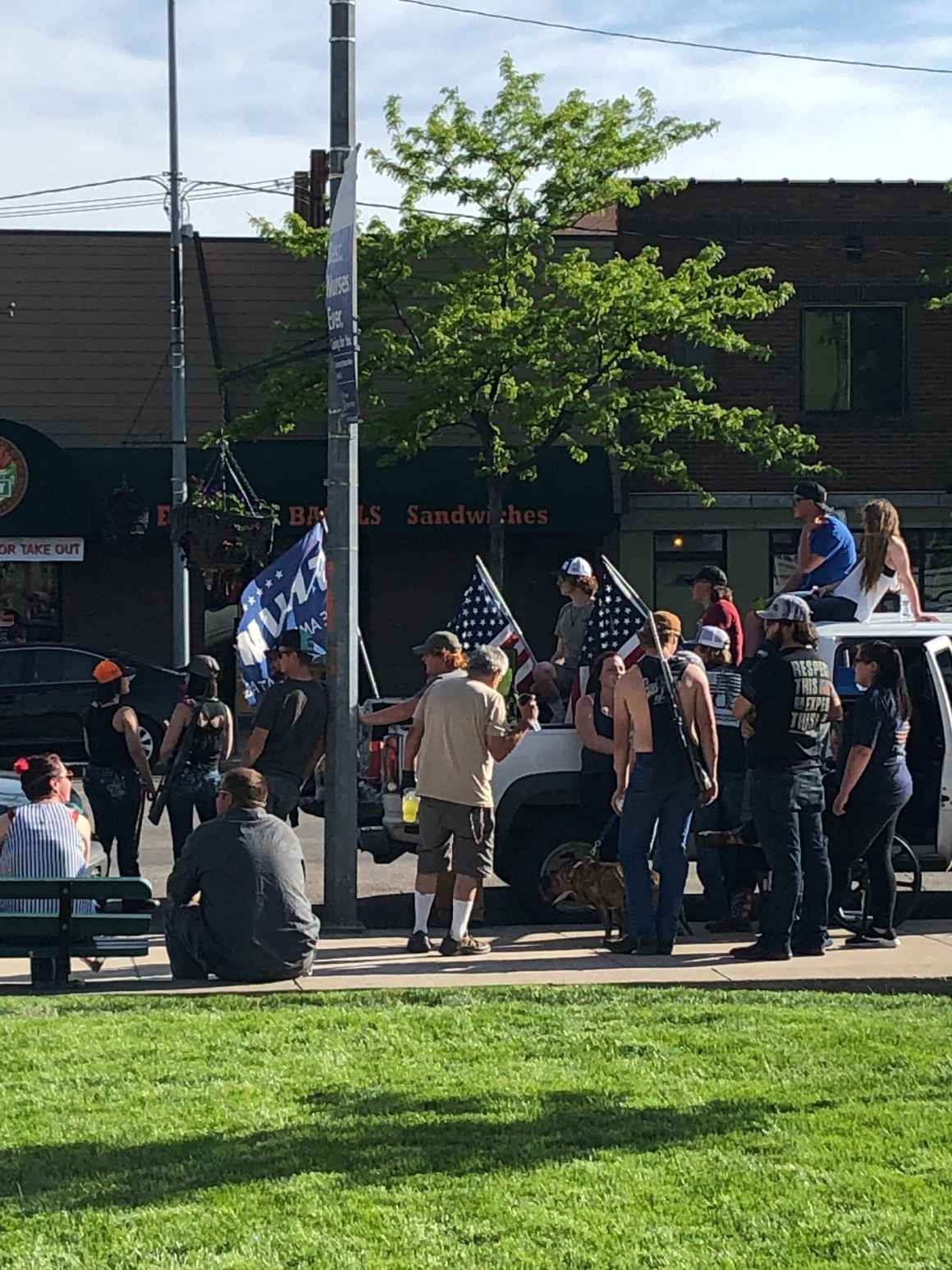 As I was lying there, the militia group was yelling at people to get back and get away and started to spread a false story about who I was. They told people that I had a gun and that I was chasing someone at the protest. These were lies. They knew I was African American and didn’t tell anyone that. The police took me to the police station for an explanation and after I told them what happened (and obviously didn’t have a gun), they let me go. The police drove me home so that I could make it home safely. I was still in shock that I had been chased, grabbed and then put in handcuffs, so I wasn’t able to share my complete story and my video until a few days later. I found out that none of them had been put in handcuffs, even though they assaulted me.

These armed white men also harassed other protestors while claiming to be there to “protect” us. I think that it is important that people get this story straight because there was a false story in the Missoulian and the people who did this did not get put in handcuffs.”

Police Brutality Against Black and Brown People Must End