We’ve faced enormous challenges this year, as a country and here in Montana. But, together with our partners and supporters, we’ve done good work, won important victories, and made a real difference in the lives of Montanans. Here are a few highlights of our work from 2020. 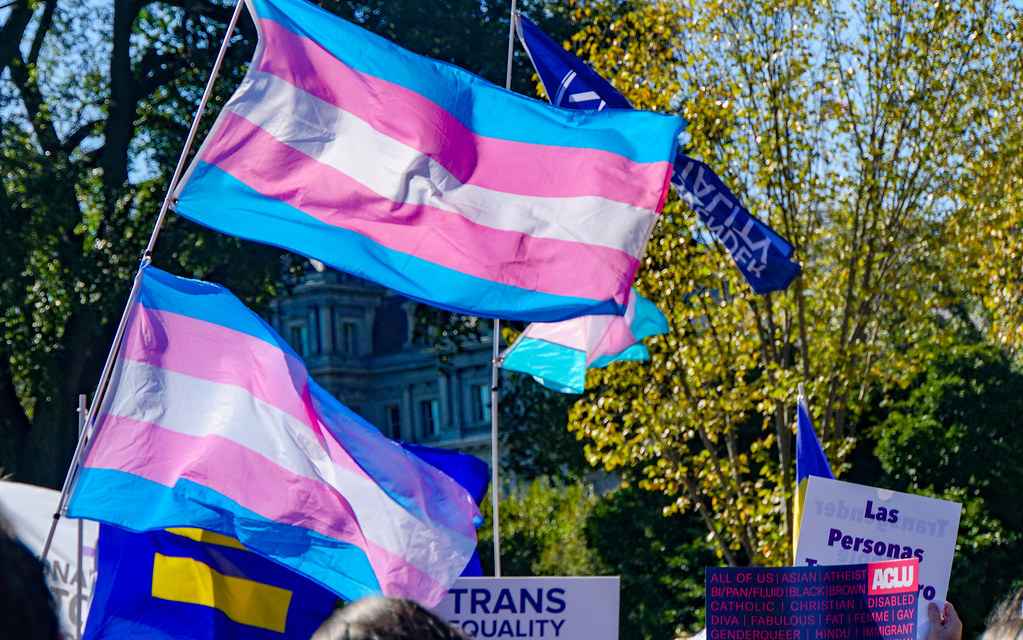 We won a ruling in August that clarifies that people who are transgender belong to a protected class on the basis of their sex. That’s right: The Montana Human Rights Act clearly and unequivocally protects transgender, non-binary, and two-spirit Montanans against discrimination.

This victory was a long-awaited step towards achieving equality for LGBTQ people. Transgender, non-binary, and two-spirit Montanans are an integral part of our communities and must be protected from discrimination. We are grateful to have worked with our client Eleanor on this complaint, and we salute her courage, tenacity, and fortitude. 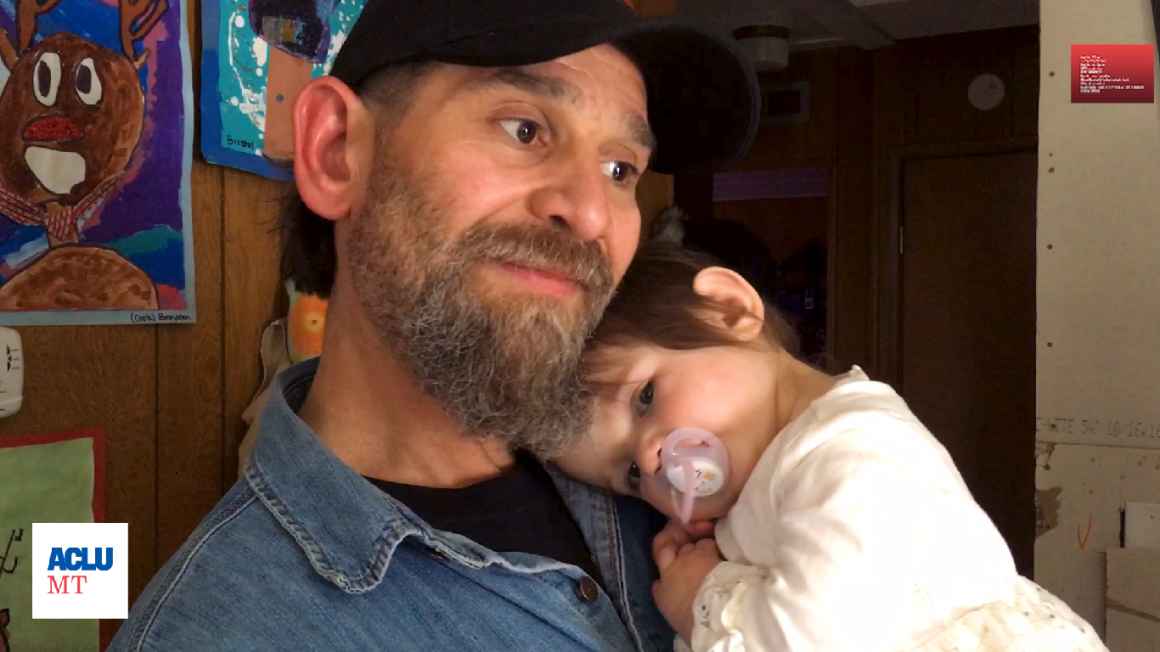 Our clients Eugene Mitchell and Shayleen Meuchell -- who were stalked, hunted down, and held at gunpoint by bounty hunters in 2017 after Mr. Mitchell missed a court date -- settled a lawsuit after receiving a sizable financial payout from the insurance companies that make bounty hunting possible and profitable.

In a groundbreaking lawsuit, Mr. Mitchell and Ms. Meuchell sued not only the bounty hunters, but the bail bondsman and insurance companies under the federal Racketeer Influenced and Corrupt Organizations Act (RICO). This settlement helped our clients rebuild their lives after they were traumatized by bounty hunters who took the law into their own hands. It also sent a signal to other for-profit bail and insurance companies: You can and will be held accountable for your exploitative actions. Read more and watch the video.


Criminal Justice Reform: We Formed a Coalition to Bring Lasting Change to Montana

Public safety is about investing in people. Too many people, disproportionately Indigenous people, are trapped in Montana’s criminal legal system. Too many people facing the challenges of poverty, mental illness, and substance use disorders are criminalized instead of being provided with treatment and care. Montana needs change. With more accountability and transparency, the state has numerous opportunities to invest in the lives of Montanans, which will in turn create vibrant and safe communities.

Together with a diverse group of public interest and grassroots organizations, we formed the Montana Coalition for Public Safety. The coalition's goal is to build a just, fair, and accurate criminal legal system that ensures a safer Montana for everyone. This coming session, the coalition will pursue legislation toward this broader goal. 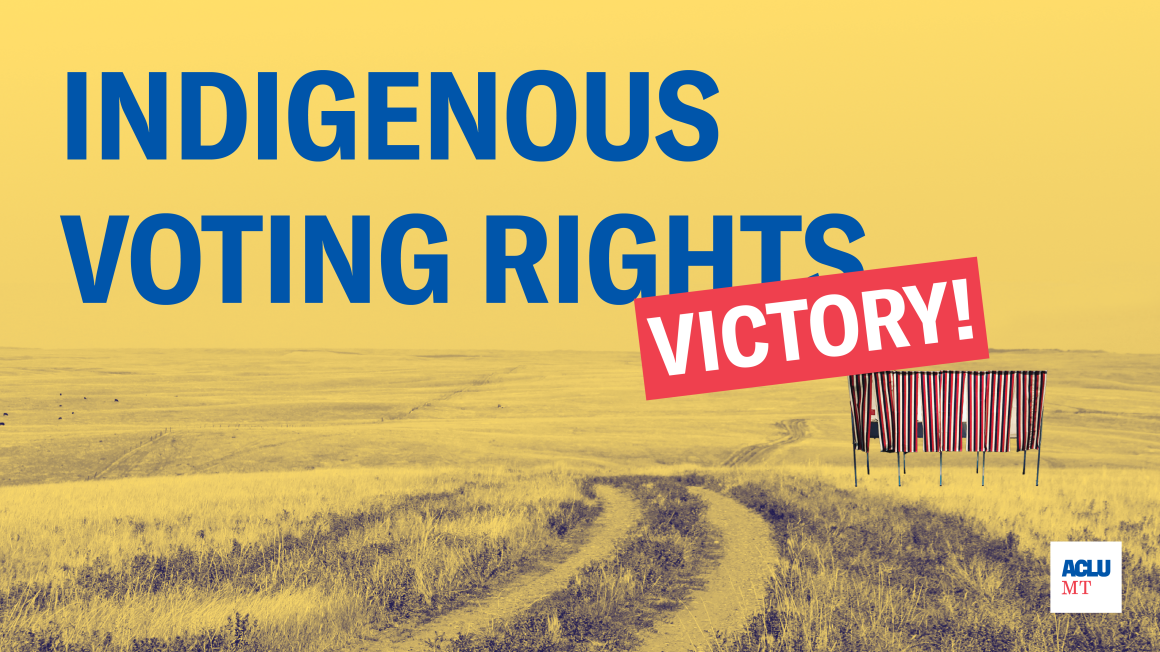 About a month before the election, in a victory for Indigenous voting rights, a Montana court permanently struck down a state law that severely restricted the right to vote for Indigenous people living on rural reservations.

The ruling came in our case, Western Native Voice v. Stapleton, which we filed back in March, together with the Native American Rights Fund (NARF) and the national ACLU, on behalf of Western Native Voice and Montana Native Vote; and the Assiniboine & Sioux Tribes of Fort Peck, Blackfeet Nation, Confederated Salish and Kootenai Tribes of the Flathead Reservation, Crow Tribe, and Fort Belknap Indian Community.

Indigenous people have historically been and continue to be disenfranchised. The Ballot Interference Prevention Act (BIPA) imposed severe restrictions on ballot collection efforts that are critical to voters living on rural reservations. BIPA was yet another barrier standing in the way of Indigenous people exercising their fundamental right to vote and fully participating in our democracy. Now, organizers can continue to collect and transport ballots to election offices that would otherwise be inaccessible because of distance, lack of access to transportation, or other socio-economic barriers. Watch the video!

Get Out the Vote in Indian Country 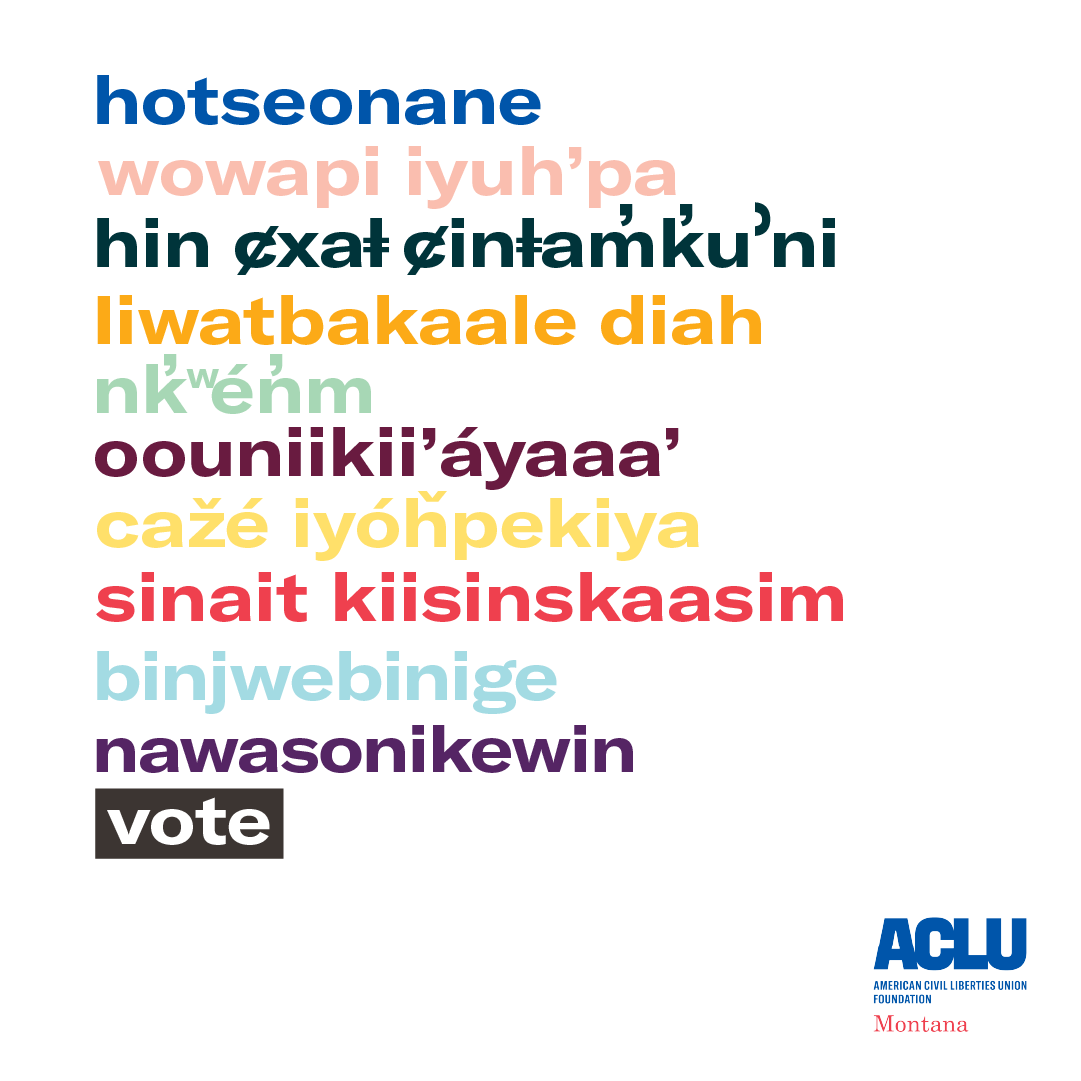 Indigenous justice is one of our priorities here at the ACLU of Montana. Part of this effort is to recognize and work to overcome historical disenfranchisement of Native people. In this past election, we engaged in get-out-the-vote election work.  In recognition of the unique and distinct Indigenous communities in Montana and the systemic disenfranchisement that so many Indigenous people face, our outreach focused on Indian country.

We worked to get out the vote via postcards, phone calls, videos, texts, mailers, and more.  Also, to honor people and encourage folks to vote, Indigenous staff reached out to their networks to learn the translations for “vote” in the Indigenous languages represented across the state, and included those in our outreach. Check it out. 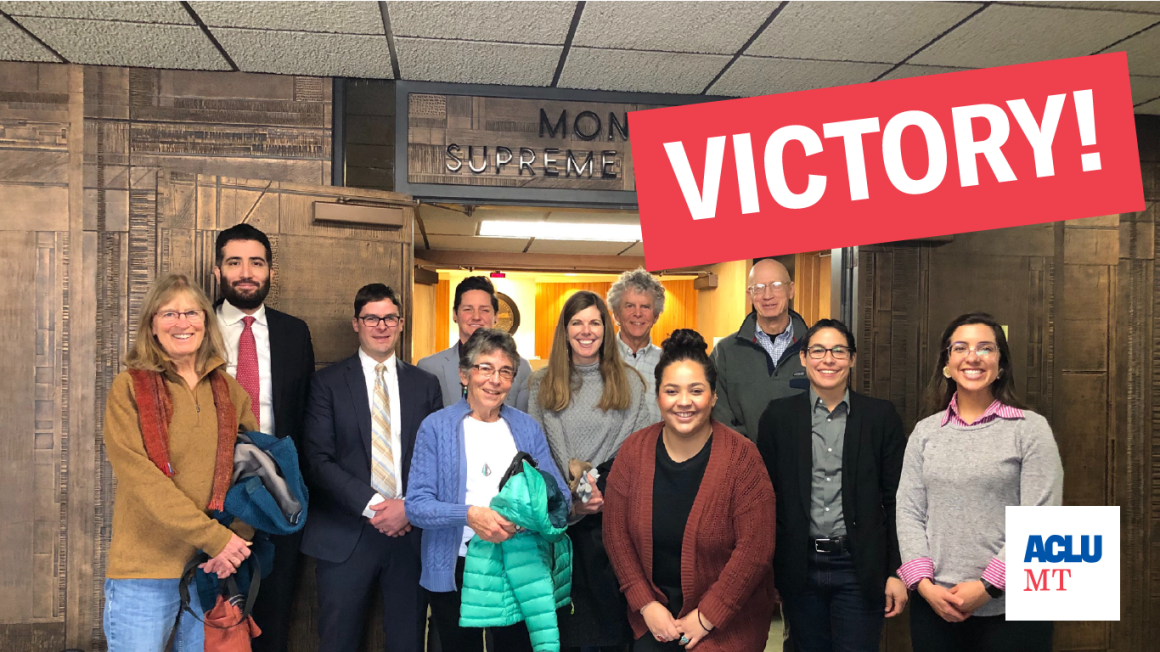 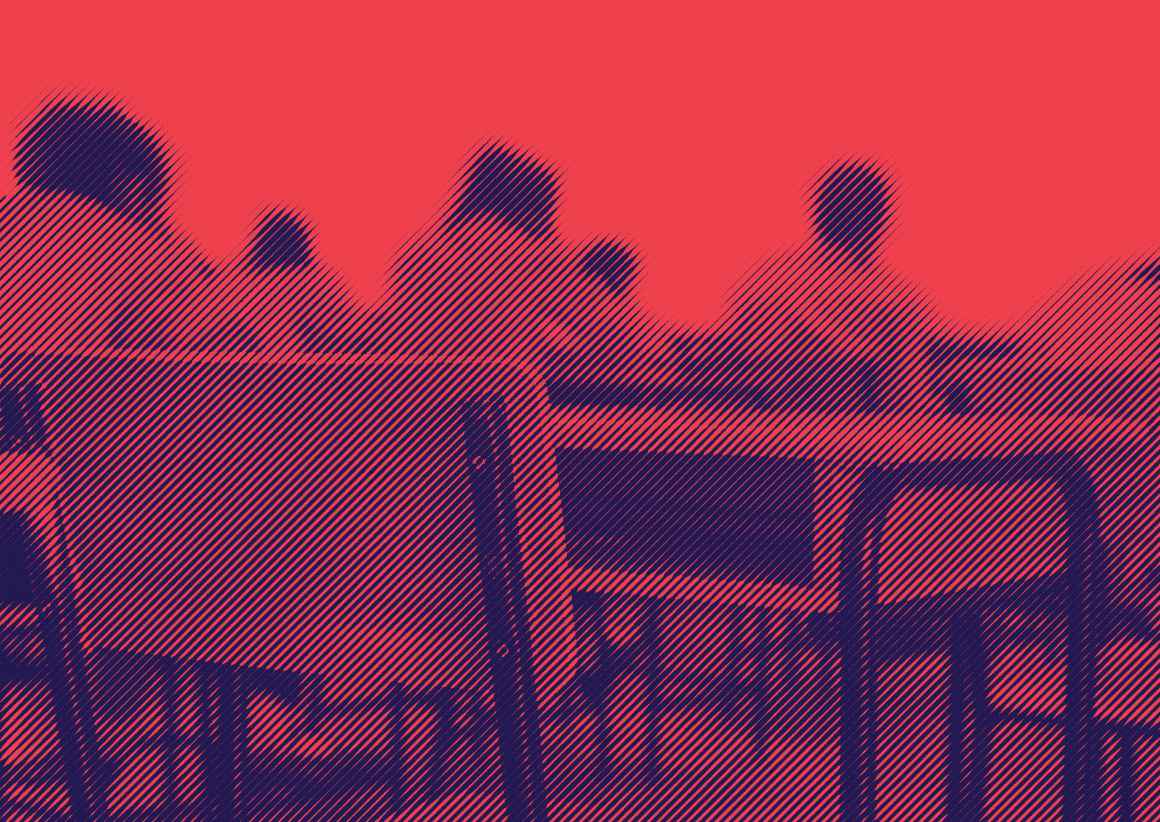 Our Education Equity report, published in December 2019, detailed disparate rates of discipline and policing for Indigenous students in Montana’s Public Schools. Since the report’s release, we have been committed to working with school districts across the state. Through a summer equity summit and participation in an ongoing working group, we have engaged with Great Falls Public Schools to consider the role of police officers in their schools and ways to better support Indigenous students. Also this summer, together with community members and other advocacy groups, we asked Helena Public Schools to reconsider having police as a permanent part of schools. The Helena City Commission held a series of meetings in which numerous community members participated, and ultimately voted (by 3-2) to keep police this year and to continue the conversation. On Fort Peck, we continue to work with community members to ensure that schools, administrators, and teachers support Indigenous students and help them succeed.

Responding to student misbehavior by criminalizing it only harms students, their families, and our communities. Police in schools do not actually make students safer. When police are in schools, the studies -- including our report -- show that students, disproportionately those who are Black and Indigenous, are more likely to be suspended, referred to law enforcement, or arrested. Police don't belong in schools. Instead, students need access to teachers and well-trained mental health professionals. We look forward to continuing our work to achieve educational equity in Montana. 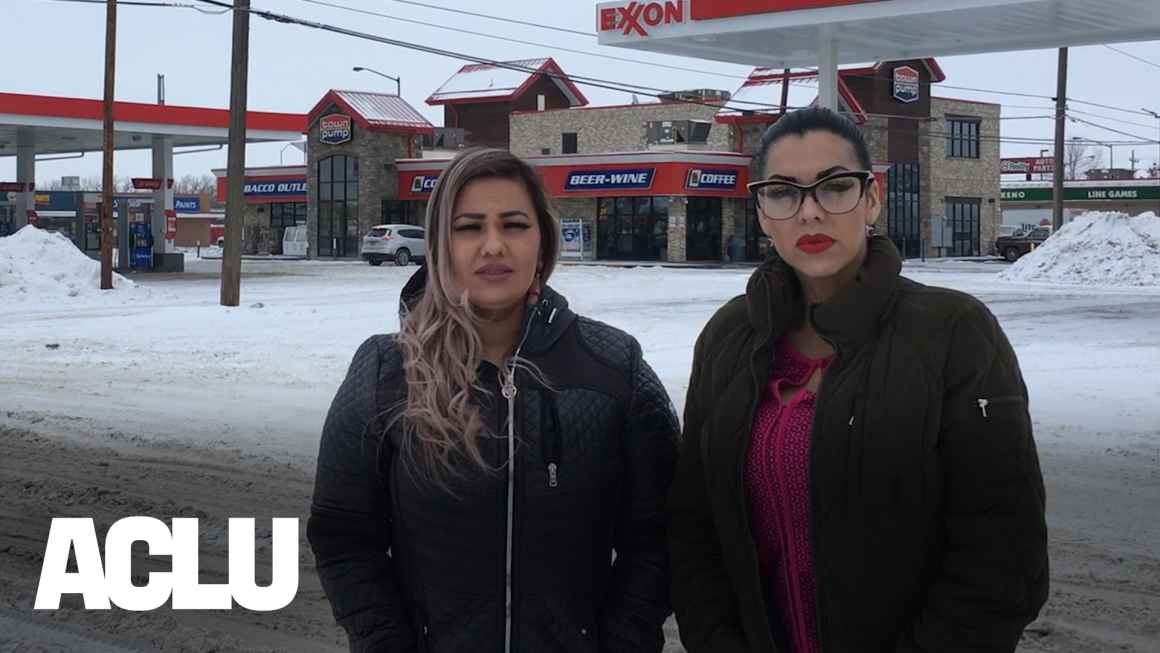 Our clients, Ana Suda and Mimi Hernandez, two American citizens detained by U.S. Customs and Border Protection (CBP) for speaking Spanish while shopping at a convenience store where they lived in Havre, Montana, reached a settlement in their lawsuit against the Trump administration. Their lawsuit brought to light systemic racism on the northern border. CBP’s behavior was unconscionable and illegal, but sadly not uncommon. Through the discovery process, O’Neill also handed over a number of inflammatory and racist text messages and other testimony confirming the rampant anti-immigrant bias within the Havre sector of CBP. Watch the video. Together with national ACLU, we will continue to hold CBP accountable under the Biden administration.


COVID-19: We Fought To Keep COVID-19 From Spreading in Montana Jails and Prisons

Since March, we have asked Governor Bullock and other state officials to prevent the spread of COVID-19 in Montana’s prisons and jails. We wrote letters, we asked for an executive order, we filed a lawsuit, we increased awareness, and many members of the public weighed in via action alerts. We are in the middle of a public health crisis and some of the most vulnerable people are those currently living in Montana’s prisons and jails, many of whom have not even been convicted of a crime. Our warnings tragically became true: hundreds of Montanans have been infected with COVID-19 in prisons and jails. The state’s response has not adequately addressed this serious problem, and some people's sentences effectively turned into death sentences as a result. We will continue to hold the government accountable as long as this pandemic continues.

We are privileged and humbled to have the opportunity to contribute to a Montana that is fair, equitable, and free. Thank you for supporting our work.